The original milk paint. Same formula since 1974. Available in 32 colors.

Our boutique line - same formula as the original paint but with 18 exclusive colors.

The only milk paint on the market formulated for walls but can be used on most anything! 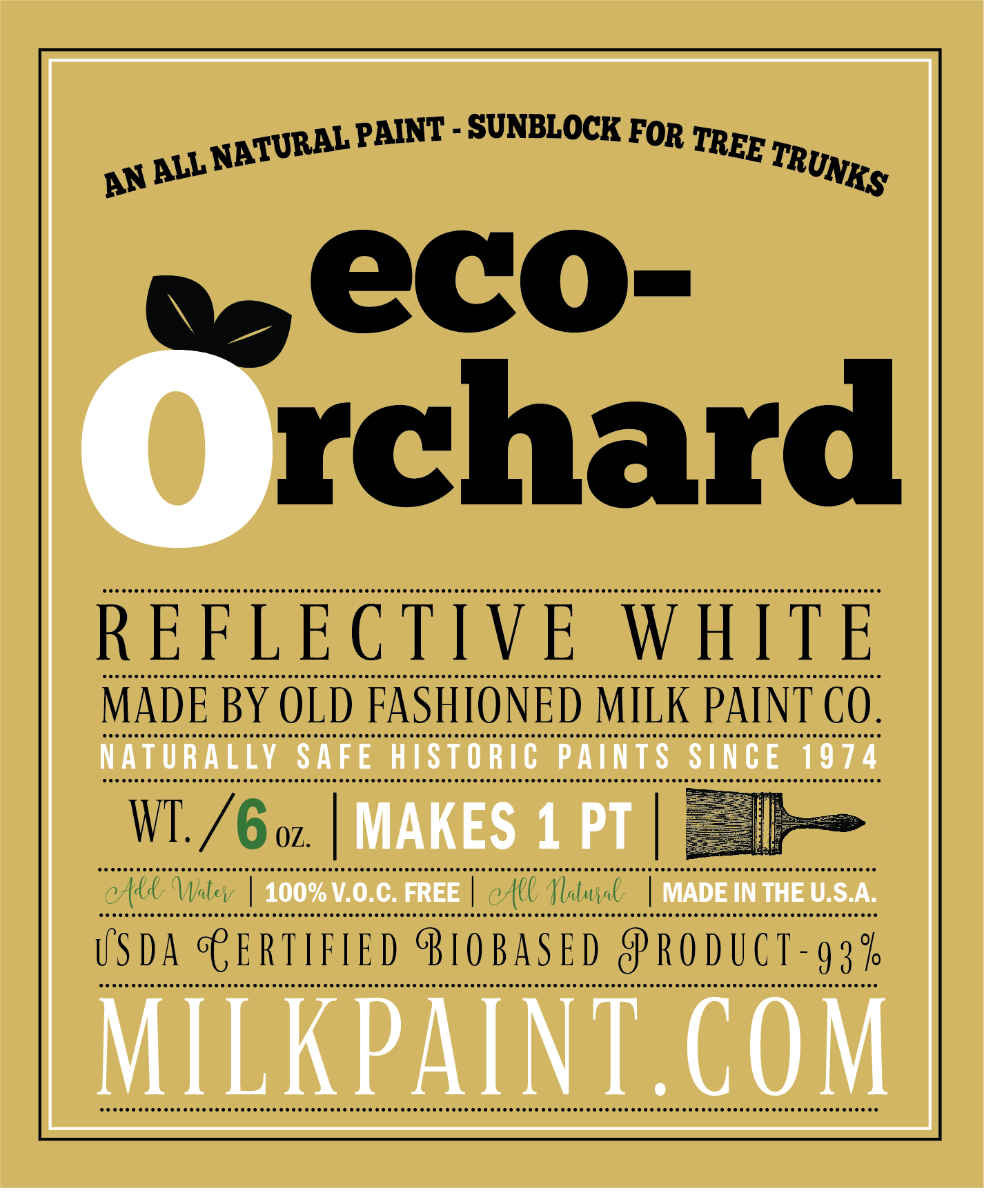 Our newest milk paint formula has been approved

by certain organic farming associations for

use on tree trunks to avoid sun scald.

Just because you’re green doesn’t mean you have to be drab.

Forty years ago our founder, Charles Thibeau, was involved in Boston’s first Earth Day, having just published one of the country’s earliest sourcebooks of environmental resources with his non-profit group, the National Foundation for Environmental Control. His daughter, Anne Thibeau, our current president- just fourteen at the time- helped out that day by selling “daisy buttons” proclaiming “Give Earth a Chance” at the Park Street subway entrance, to help support the cause.

A few years later Charles kept his commitment to the environment when recreating an ancient formula for natural milk paint to be used in his newest venture of making reproduction furniture. Milk paint, a homemade, long lasting paint made on the spot using local ingredients, was the finish of choice for many early colonists wanting a splash of color in their homes. Its roots, though, stretch back much further in history, with traces of milk paint found in King Tut’s tomb and in early cave paintings in France.

After spending years researching old formulas and experimenting in the basement, Charles had recreated the perfect mixture of crushed limestone, milk protein, clays and earth pigments. The colonists would have used skim milk or buttermilk, but Charles chose to use the basic protein (casein) in a powder form so the paint ingredients could be saved and simply mixed with water when he was ready to paint.

Yankee Magazine was producing a series of books on the “forgotten arts” in the 1970s (e.g. how to build a stone wall) and wanted to include a chapter on making paint from scratch. They heard about Charles’ experiments and called him for an interview. When the book came out his phone started ringing off the hook. People from far and wide wanted to buy this legendary milk paint they’d been searching for, the paint that had fallen out of favor since the paint can was invented, and since the modern marvel of latex paint revolutionized the paint world.

Fast forward thirty-six years. The Old Fashioned Milk Paint Company has over 400 dealers in the U.S. alone, and several more distributors worldwide, including Canada, the U.K., Japan, Germany, the Netherlands, Thailand and Korea. The carbon footprint of shipping paint in powder form is much smaller than of commercial paint, as we are shipping powder, not water. It also allows us to package a paint without toxic preservatives, keeping our paint as pure as when the colonists mixed up their homemade versions on the back porch.

Charles, now 82, has passed on the torch to his daughter Anne, who runs the business. Anne knew there was more potential for the use of milk paint than just for the furniture and other porous surfaces for which Charles had developed it . People were looking for a safe alternative to the many toxins found in today’s wall paint. Anne led the way for another round of R & D to develop a new line of milk paint that would have the same great adhesion and the same luminescent quality for which the original formula is known, but for previously painted walls and new drywall. After much experimentation our new SafePaint was born, another example of an old technology dealing with a modern problem.

Our original milk paint colors were developed to match the furniture and buildings shown at several restored villages including Old Sturbridge Village, plus museum displays in such places as Boston’s Museum of Fine Arts, New York’s Metropolitan Museum of Art, Winterthur, Colonial Williamsburg, Philadelphia Museum of Art, Wadsworth Atheneum, etc. The original Colonial pieces we copied were painted with home-made milk paint, with vivid colors and a most beautiful look of velvet.

We started with 8 colors in 1974 and now have 32 on Old Fashioned Milk Paint and Farm House Finishes Safe Paint and 50 with Sweet Pickins Milk Paint. All of our original hues are exact replications of colors used in the early American colonies.

By producing batches of strong, rich colors we have made it easy to adjust tinting in order to make pastels as well as an infinite variety of other hues by mixing our colors together. Practically any color can be matched by the user, the same way that artists have done with oil paints for centuries.

Our paint is also available as a translucent Milk Paint Base, without pigment, for those who wish to start from scratch with their own universal tinting colors or other water-soluble pigments.